The Grand Haven community places a high value on increasing our portfolio of renewable energy. In response, Grand Haven BLP has made several investments through the Michigan Public Power Agency to diversify its power supply portfolio and incorporate more wind and solar in its mix. However, as Michigan utilities approach the market looking for more, they are finding the State faces significant obstacles to wind energy development.

Advantages of Wind Energy
Wind turbines collect and convert the kinetic energy that the wind produces into electricity to help power the grid. EnergySage, an energy marketplace funded by the U.S. Department of Energy, said, “Wind turbines themselves don’t require burning any fossil fuels to operate, are completely renewable, and will never run out.” They go on to add, “In opposition to traditional fossil fuel resources that replenish very slowly, wind naturally occurs in our atmosphere, so we don’t have to worry about supply issues in the future.”

The World Economic Forum said, “A series of global disruptions have made it abundantly clear that investing in renewable energy is necessary to avoid future energy crises and to prevent climate change.” Among renewable energy options, the cleanest, most affordable, and most reliable choice has been the wind. 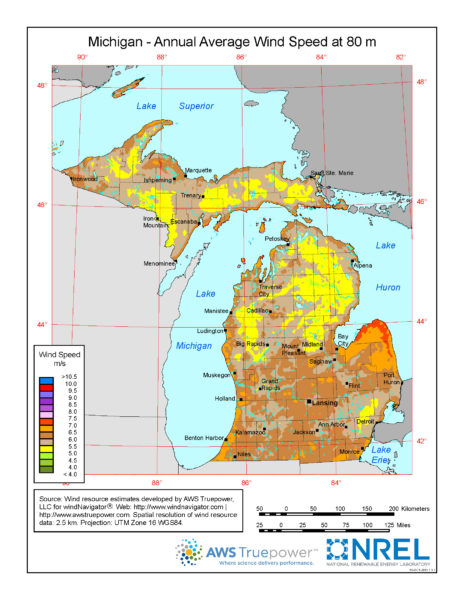 “Most of Michigan’s best potential for wind development is found on the east side of the state – known by residents as ‘The Thumb,’” Bowland said. “Wind development in this region of the state was attractive due to numerous factors such as high wind speeds, flat topography, and supportive landowners.”

To further accelerate wind development in this region, a new 345 kV transmission project was designed and constructed known as “The Thumb Loop” that “when completed could accommodate up to 5,000 MW of wind capacity,” Bowland said. To date, only approximately 25% of that wind capacity is online and interconnected to the electric grid in this region of the State. Why then, did a budgeted $510 million transmission project designed to bring 5,000 MW of wind to the electric grid only produce a quarter of what was expected?

Governing, a leading government professional trade publication, identified Michigan as one of the states with the largest number of local governments, with numerous jurisdictional boundaries. Having many discrete government units with the differing ordinance and permit requirements makes getting a project to the finish line extraordinarily difficult. What proved equally difficult was maintaining support through the entire multi-year development process. Often, in the midst of wind development, local units of government would change their requirements in response to opposition groups.

Bowland said the opposition’s primary complaint with the wind turbines was cosmetic. People did not appreciate changes to their local landscapes, particularly if their property was not being compensated through land leases from the wind project.

There were also complaints about the noise of swishing blades, the blinking red lights, and the large flickering shadows of the turbines created. In response, many local units of government changed the permit requirements making future development much more challenging or uneconomic.

Finding a Way Forward
Despite the opposition, Bowland still has hope for the future of wind power in Michigan. He has several ideas to move past public gridlock and grow a more sustainable future. These include establishing a fair form of revenue sharing, finding solutions to cosmetic challenges, and educating Michigan residents about the benefits of wind energy over fossil fuels.

BLP’s Portfolio & Opportunities for Growth
Grand Haven’s renewable resources are expected to reach 28% by 2025, and with their Green Energy Program, GHBLP enables customers to purchase additional renewable energy credits (RECs) from renewable sources like wind and solar. These utility payments directly support the generation of more renewable energy on the grid.

Hopefully, more wind projects will resume soon, with agreeable outcomes for communities and landowners, enabling the Grand Haven community to source even more of their energy with green solutions. 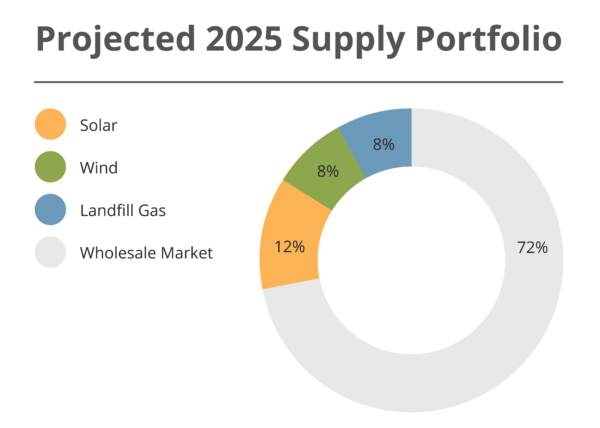