With the closure and retirement the BLP’s Sims Power Plant and the Diesel Plant on June 1, 2020, many customers wanted to know where the system’s needed power cames from, and if these new sources will be as reliable as that demonstrated historically.

The BLP was preparing for this transition several years before the plant’s closure with the rebuild of major portions of its distribution system, more specifically the higher voltage power lines that connect our distribution substations to each other and the regional transmission grid. These local improvements, costing approximately $6 million, are most beneficial and cost effective when coupled with a higher level of transmission service provided by the regional grid. 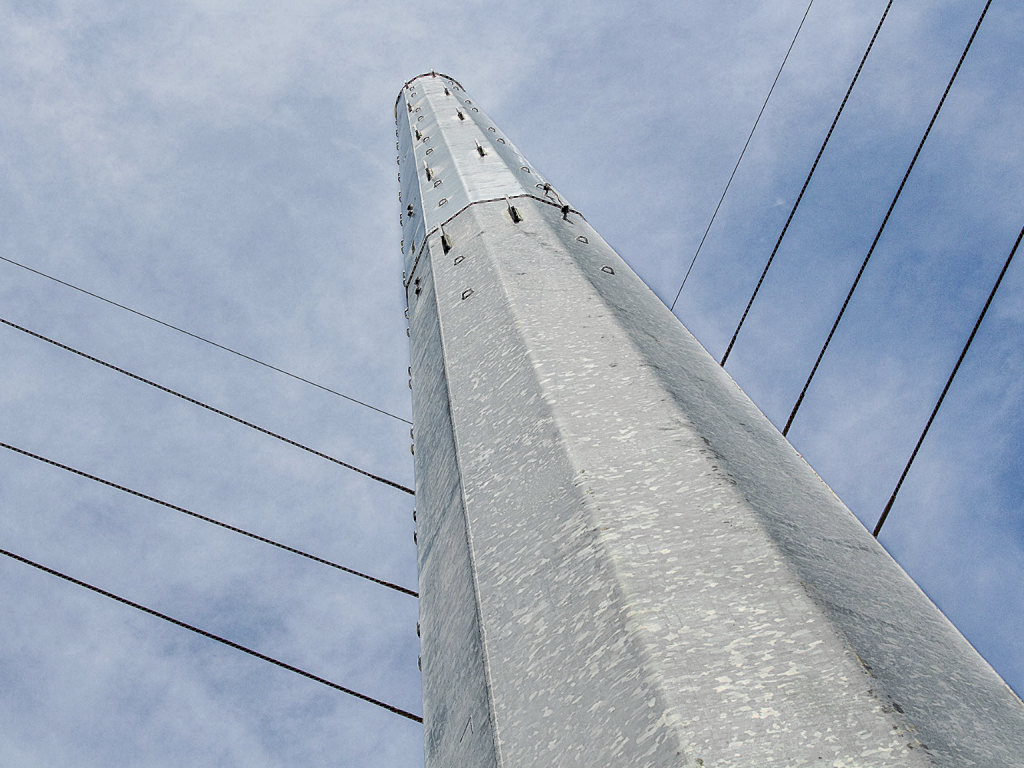 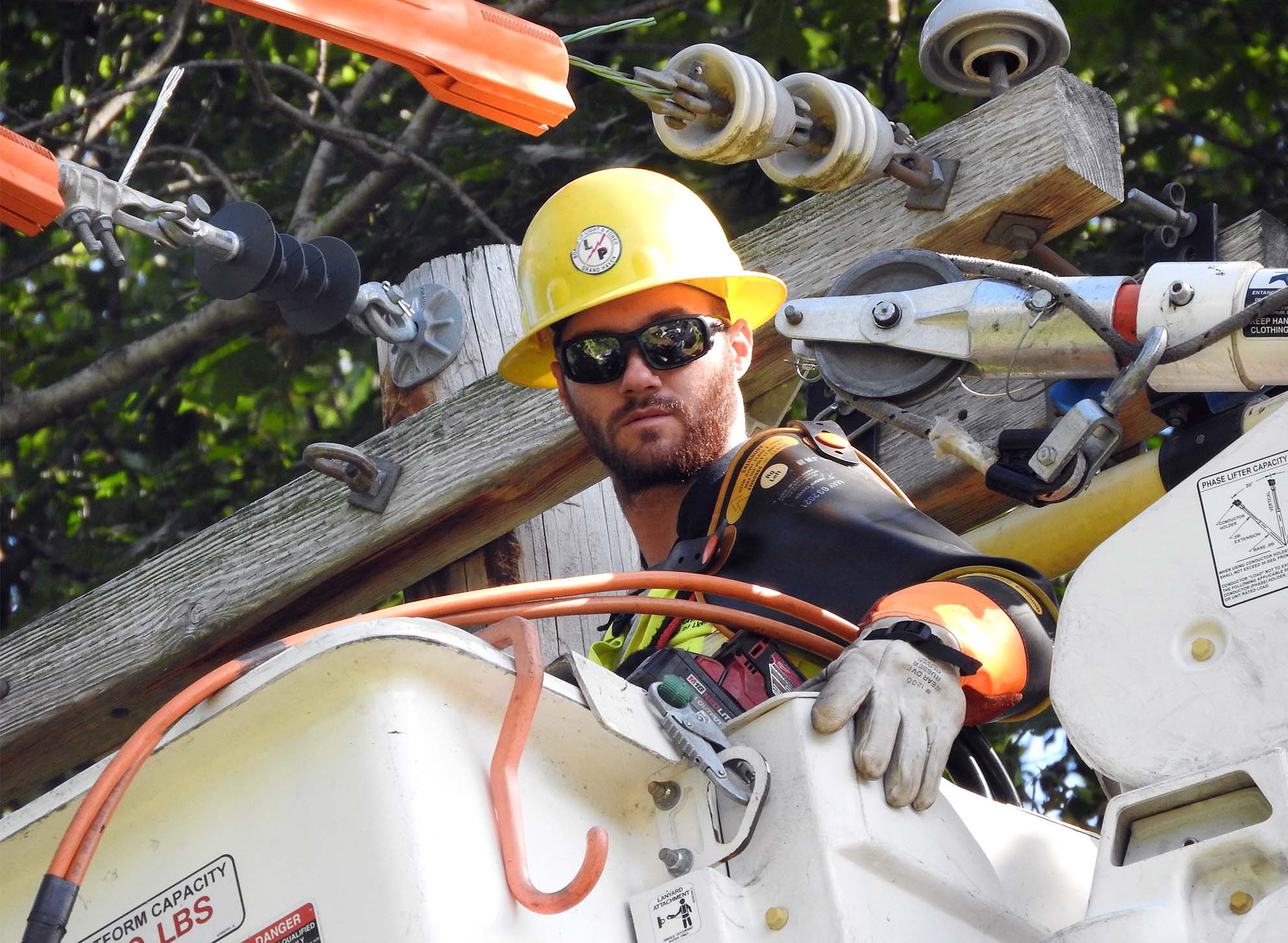 This type of service was available when the BLP had needed it in the past, but the regional grid operator did not commit to ensuring its future availability under the “point-to-point” tariff. Under these past circumstances, the BLP’s supply of power was only as reliable as its local generating resources with an “interruptible” backup supply from the grid. The BLP filed and has now received approval for “Network Integrated Transmission Service”, or NITS, from the regional transmission system operator that began June 1, 2020 (the date Sims and the Diesel Plant officially retired).

NITS provides the BLP access to networked and integrated resources of the regional transmission system equal to all other NITS users. The idea here is that a “network of resources,” operated in an optimized integrated fashion, is always a more cost-effective and reliable power supply to all NITS users than any single utility could ever provide on its own. Since 2002, the regional transmission grid has been operated by an “independent” system operator ensuring no one utility receives preferential treatment in the dispatch of their generating resources or preferential access to the network of their loads under NITS.

The result of our newly constructed system improvements in combination with gaining NITS from the regional grid provides the BLP opportunities for access to a more reliable, sustainable, less costly, and diversified power supply portfolio, reaching a goal the BLP set in its strategic plan. 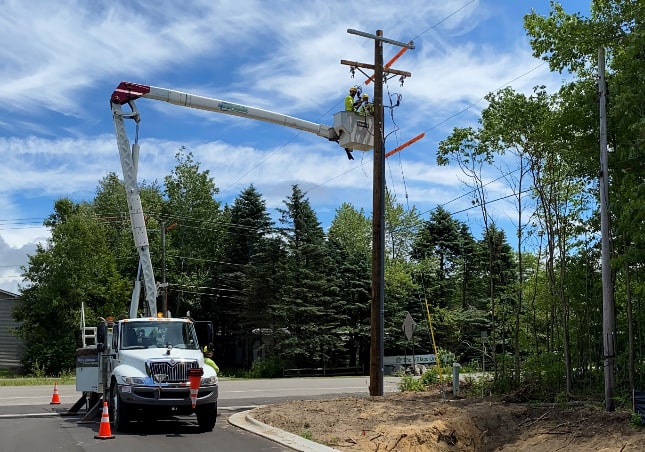 What's the difference between capacity and energy?

The U.S. Energy Information Administration (EIA) refers to capacity as the maximum output of electricity that a generator can produce under ideal conditions. Capacity levels are normally determined as a result of performance tests and allow utilities to determine the maximum electrical load that a generator can support. Capacity is generally measured in megawatts (MW) or kilowatts (kW).

Energy is the amount of electricity that is produced or consumed over time. Energy is measured in megawatt-hours (MWh). When you turn on a light, plug in a computer or cool a home, you consume energy.

GHBLP is required to maintain or purchase adequate capacity to meet the necessary load and reserve requirements as determined by the regional Independent System Operator (ISO) and meet the state of Michigan’s annual resource adequacy requirements.

In its approved 5-year Strategic Plan, the BLP has committed to maintaining a “sustainable, economical, and diversified power supply portfolio,” to ensure we adequately and reliably meet the energy and capacity needs of our community.

The vast majority of these Public Power entities are members of Joint Action Agencies (JAAs). JAAs provide smaller utilities the opportunity to combine certain operations and buying power to share costs, pool resources and expertise, gain efficiencies, and obtain the necessary economies of scale that none of their members could accomplish individually.

MPPA’s members supply 85% of the public power load in Michigan, and approximately 8% of all load. MPPA provides an essential conduit among and between its members and the power supply markets. Its core function relies on complex data processing and management, automation and most importantly knowledge and expertise of the marketplace. MPPA owns generation assets on behalf of many of its members and enters into power purchase agreements collectively for its members. When GHBLP is not producing electricity locally, it is not buying “from the grid” as many suggest, but actually is purchasing its power from MPPA. MPPA is operated not-for-profit and is governed by a 22 member Board of Commissioners, one from every municipality it serves.

As a member of MPPA, the Board of Light & Power additionally gains power supply planning expertise and assistance with regulatory compliance matters. As the complexity of the power supply marketplace has evolved in recent years, the dependency of smaller municipal members on JAAs has increased and the relative value added by these organizations to their membership has expanded.

More information on MPPA can be found on its website at www.mpower.org. 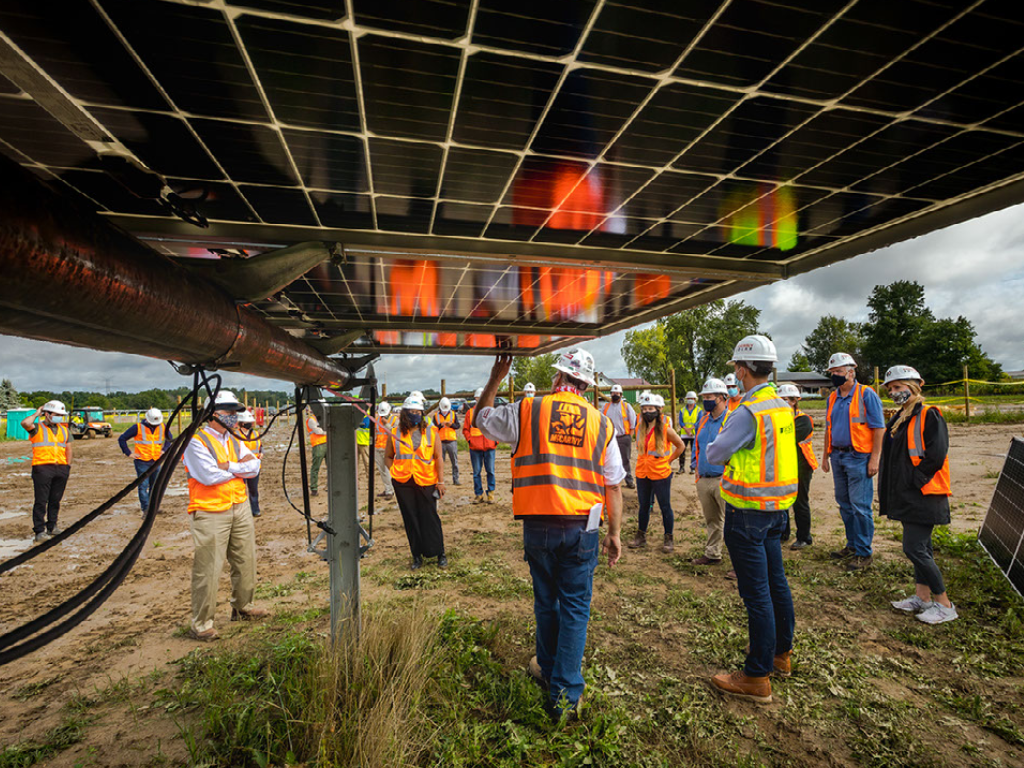 June 1, 2020 marks the end of an era at the Grand Haven Board of Light & Power's Diesel Plant located on South Harbor Drive. Generating electricity since 1896, the plant was retired after it was no longer economical or efficient to run in today's energy market.

Here is a short history of the BLP's Diesel Plant.

Grand Haven's electric utility was created on September 29, 1896, after citizens voted to approve a $10,000 bond for the first municipal electric generator. 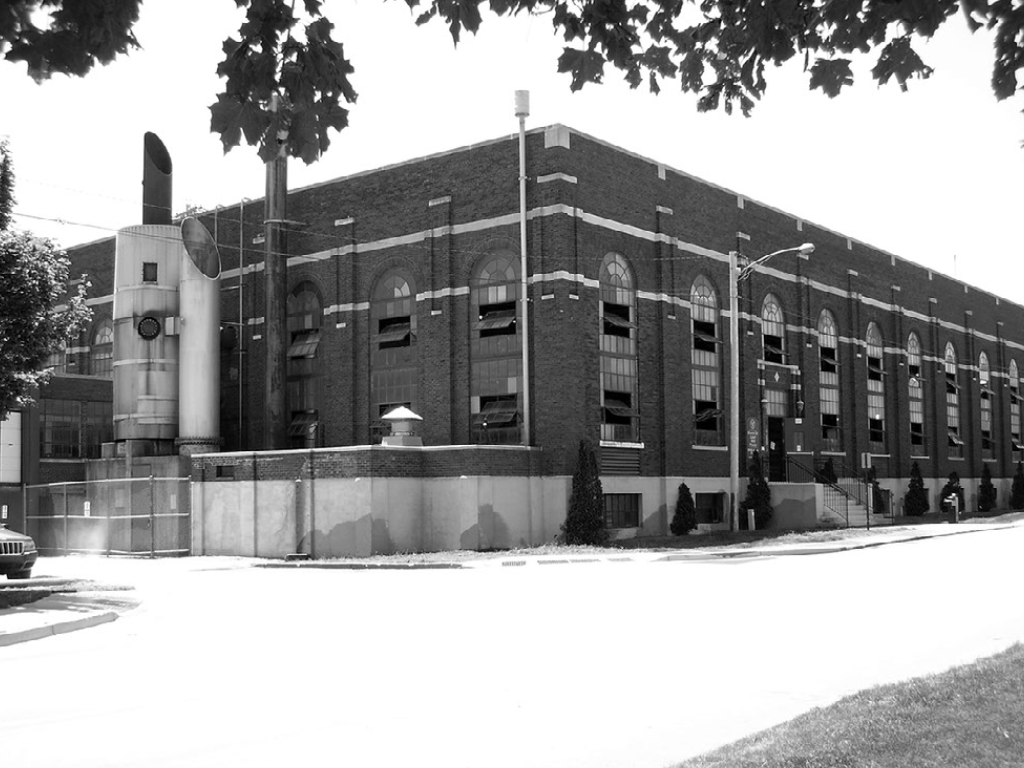 Sixth engine installed, similar in size to the 3850-hp Nordberg

With the addition of a nine-cylinder Nordberg engine, BLP becomes the largest municipal diesel plant in the US. 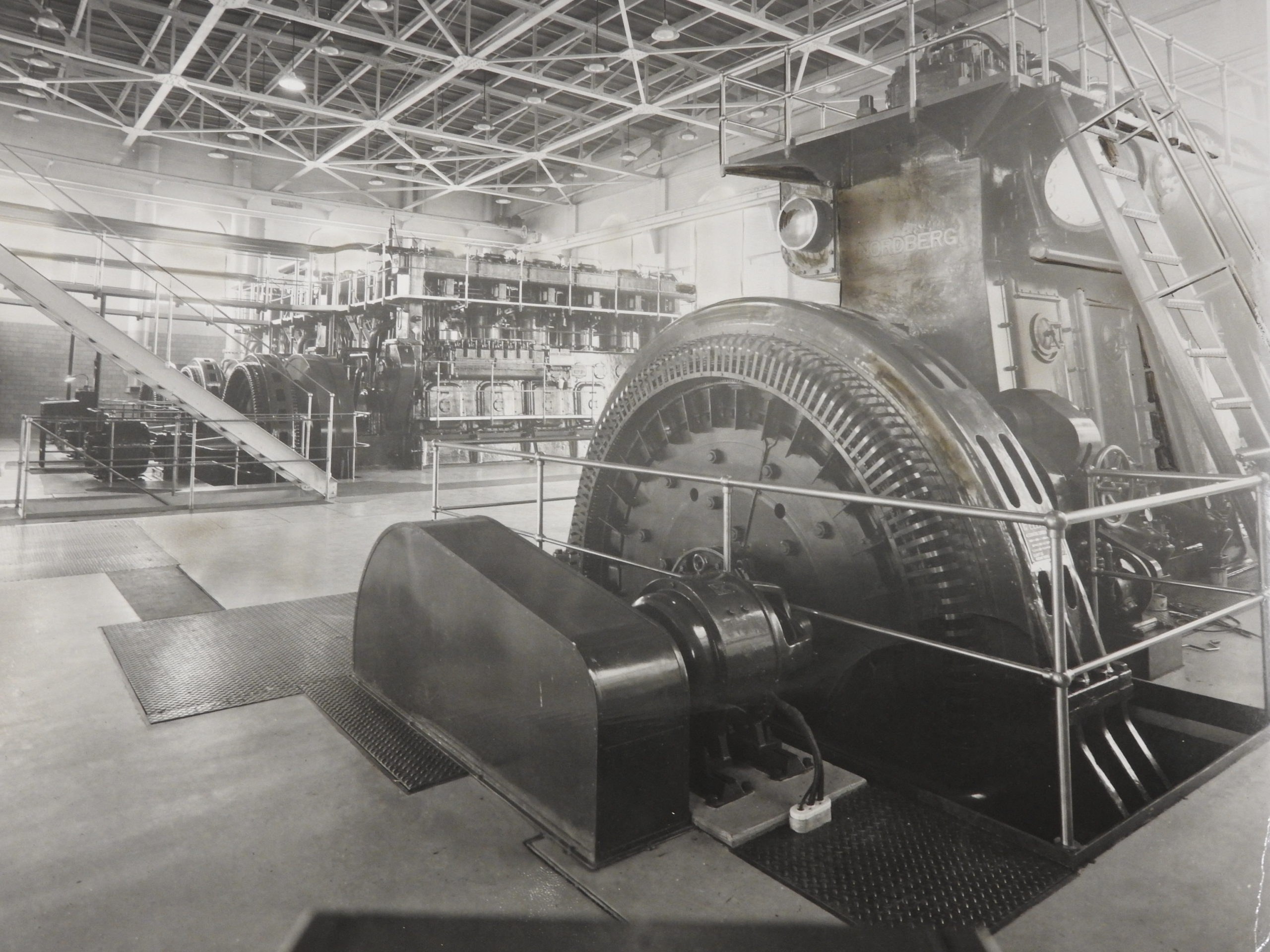